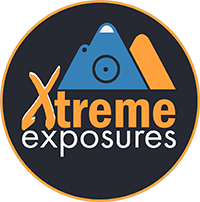 Owned and headed up by Rachel Pryce-Jones, this small business from Worcester became a client from networking within a Veteran's Facebook group. Rachel had previously requested feedback on a written advert she'd uploaded to the group. Her advert had some great content but needed images to make it more personalised.

As a service-based business, her potential clients would benefit from knowing who they're going to be talking to on the phone, and more importantly, who their children would be taught road safety by. This starts by putting a photo on the advert - something it was currently lacking.

In discussions with Rachel, it became apparent that she wasn't able to afford a lot of shooting time and so whatever we decided upon needed to be very time efficient while still providing her with the content and quantity of images needed for her website. We also hoped to offer a bit of variety within the image package so that she could then use them as marketing imagery on her Facebook page. Long story short, we booked in two hours and made a plan for what she needed.

To further save Rachel some time and effort, as she was outsourcing her website to another veteran-owned business, on our request, she put us in touch with her web developer. Knowing what pictures were needed and what sizes too would make her life, and theirs much easier - ultimately saving everyone time and money.

The shoot was set for Friday 21 August, in an outdoor basketball court where Rachel was regularly teaching her sessions. This location was important, despite not being the most aesthetically pleasing it is safe, clean and (normally) free from glass, litter and other potential transient hazards to cyclists. Capturing her business operating in this environment further gave her potential clients an appreciation of the experience they may have before making enquiries. To a parent, the question of "can I leave my kids there and know they'll be safe" is a big factor.

The stage was set, but the weather wasn't as good as it could be. Although dry, it was windy... very windy. This made erecting lighting modifiers on stands somewhat restrictive. Our photographer, Al, had to tie his lighting to the fence and weigh others down to stop them blowing away. Doing so meant there were limited options for backdrops where his lighting modifiers could still be used.

To make best use of the time available, Rachel had arranged for a number of her colleagues and friends to come along to the shoot. They were set to arrive at 11 giving Al and her an hour to sort out and get the individual portrait shots done. This was ample time and we got a number of different poses and outfits shot with and without off-camera artificial lighting.

As the hour ended, two adults and five children arrived with their bikes ready to get 'papped'. Starting with the youngest in a staged training session, Rachel ran through some of the activities she'd normally conduct for a kids' group. With minimal props, everyone did a great job and all remained engaged for the 20 minutes of shooting. These kind of images tell the story of a typical children's session - lots of activity with other children who have big smiles on their faces.

To add something a bit different, and taking advantage of a nearby paved track, Al got pairs of riders, usually a parent and child, to ride towards and away from him simulating the kind of ride that may be possible once the parent and child are competent riders - a key selling point of RPJ's services. To the prospective client, being able to safely ride with younger children on paths is a good stepping stone to being able to go further afield on roads when a little older.

The final batch of images targeted adult clients - another of her target markets. These sessions, either 1 to 1 or in small groups allow Rachel to give confidence and correct procedure to adults in traffic. Utilising a reasonably quiet road junction, again where she sometimes conducts live training, this set of images further convey the story of a typical training session.

In all, Al took almost 450 images in a two hour shoot. Admittedly there was a bit of reputation, but this was largely due to the windy conditions that caused riders to want to close their eyes more often than normal. After down selecting from the original batch, approximately 100 were suitable and of these, half were uploaded to our online gallery for Rachel and her web developer to access. As Rachel had originally only asked for two specific images, both being individual portraits, she was now able to fill her website 10 times over, and still have change for a daily social post for two weeks too. 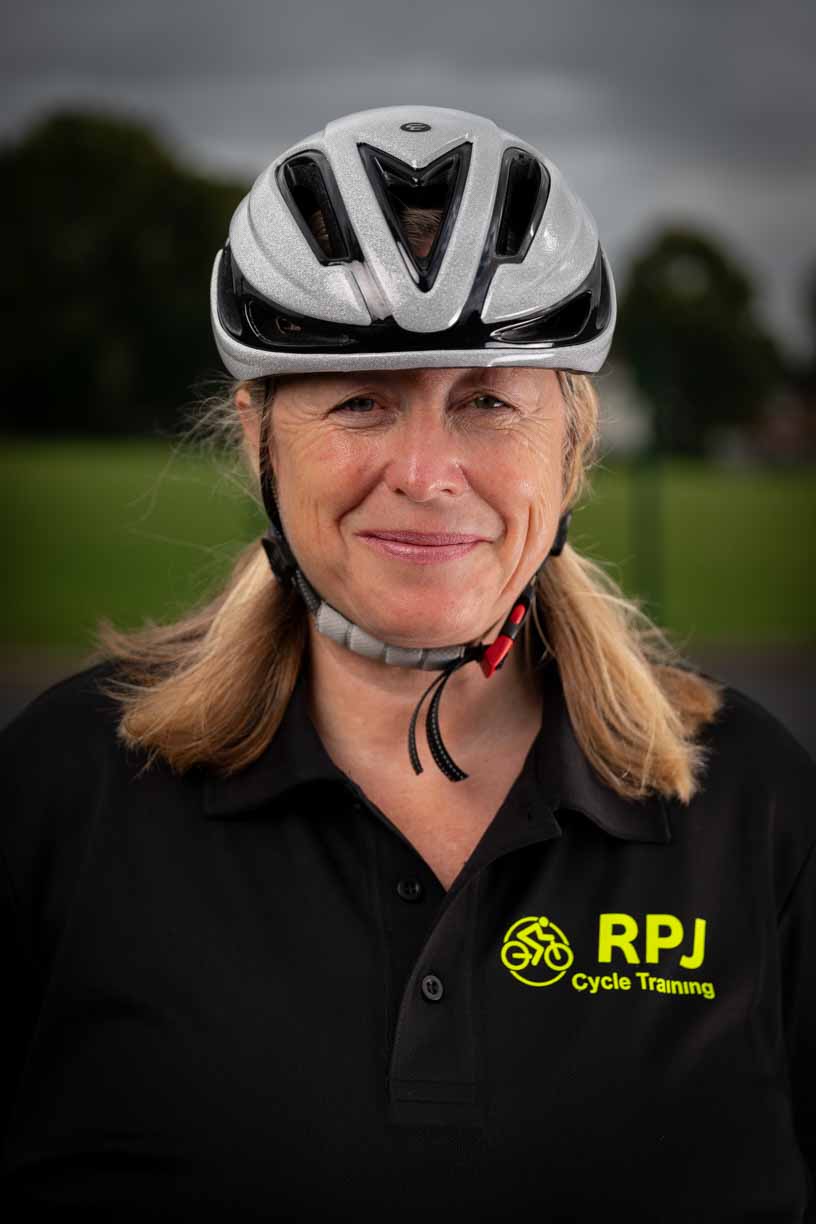 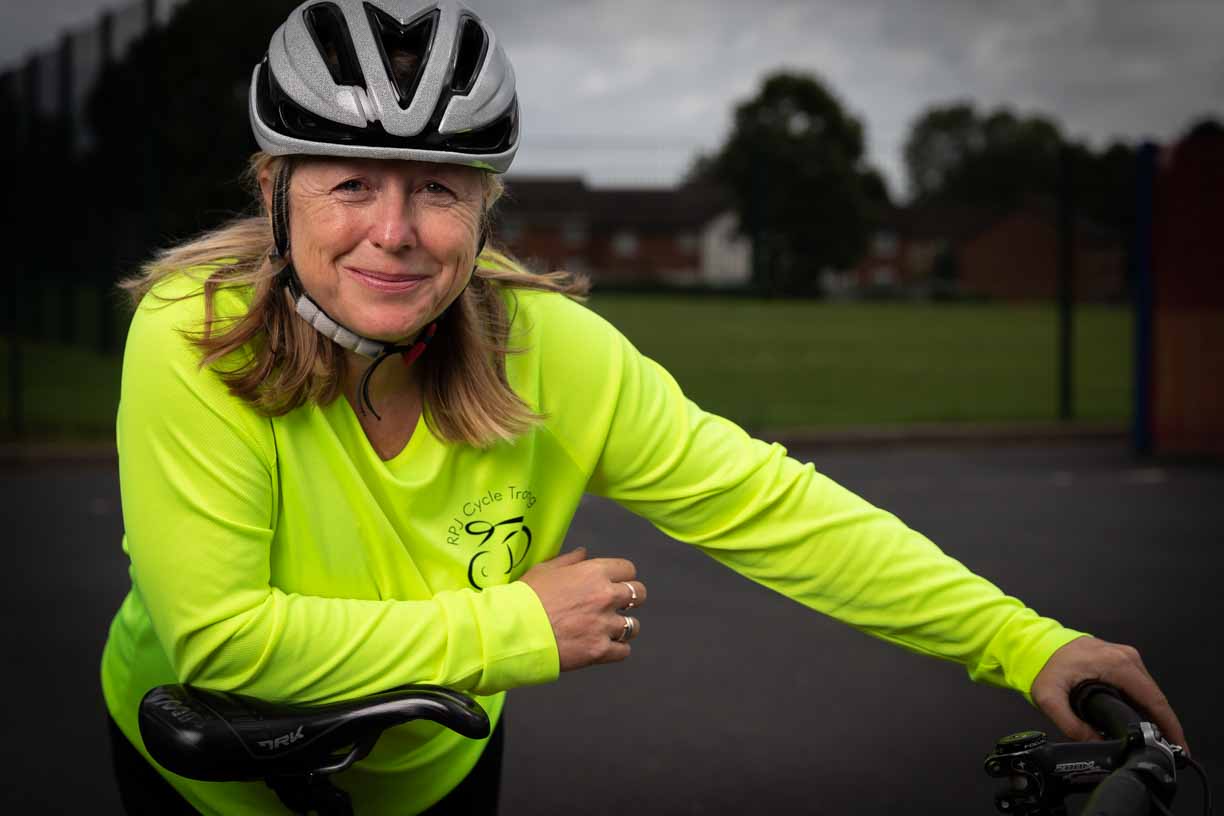 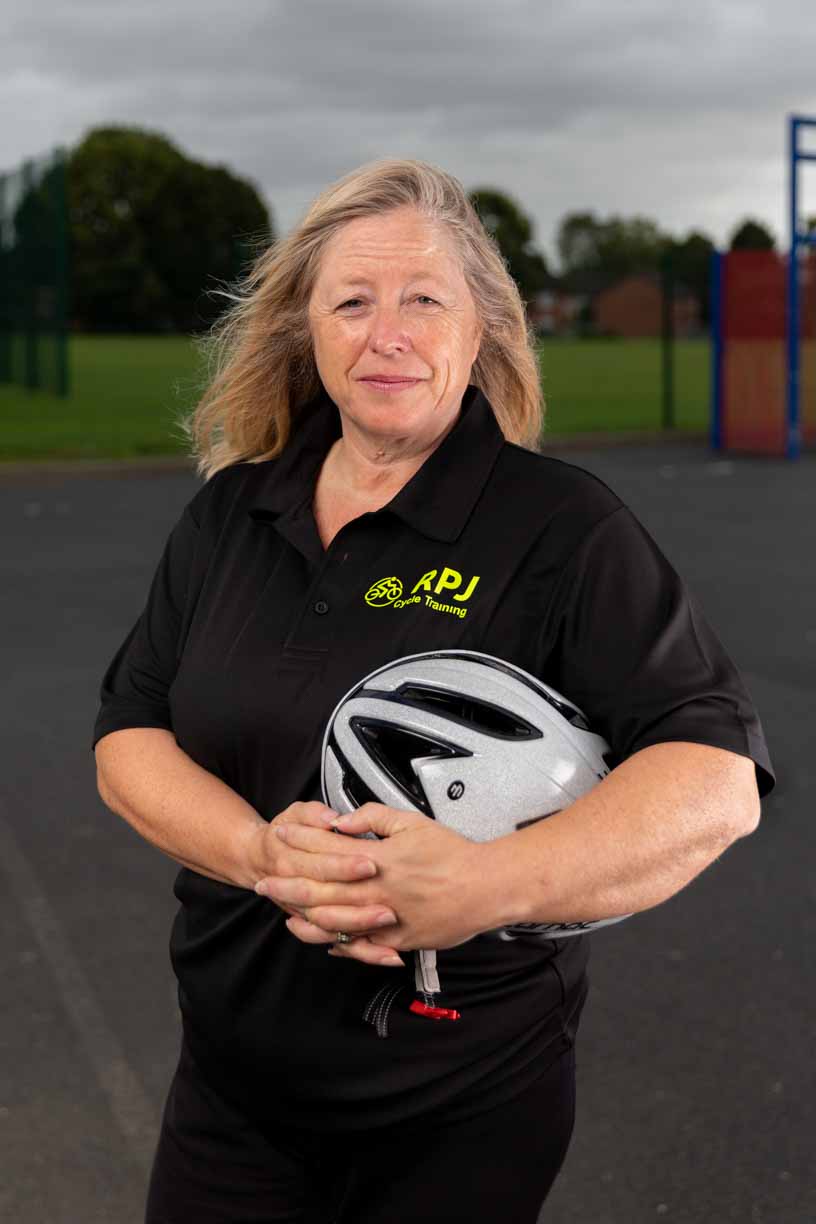 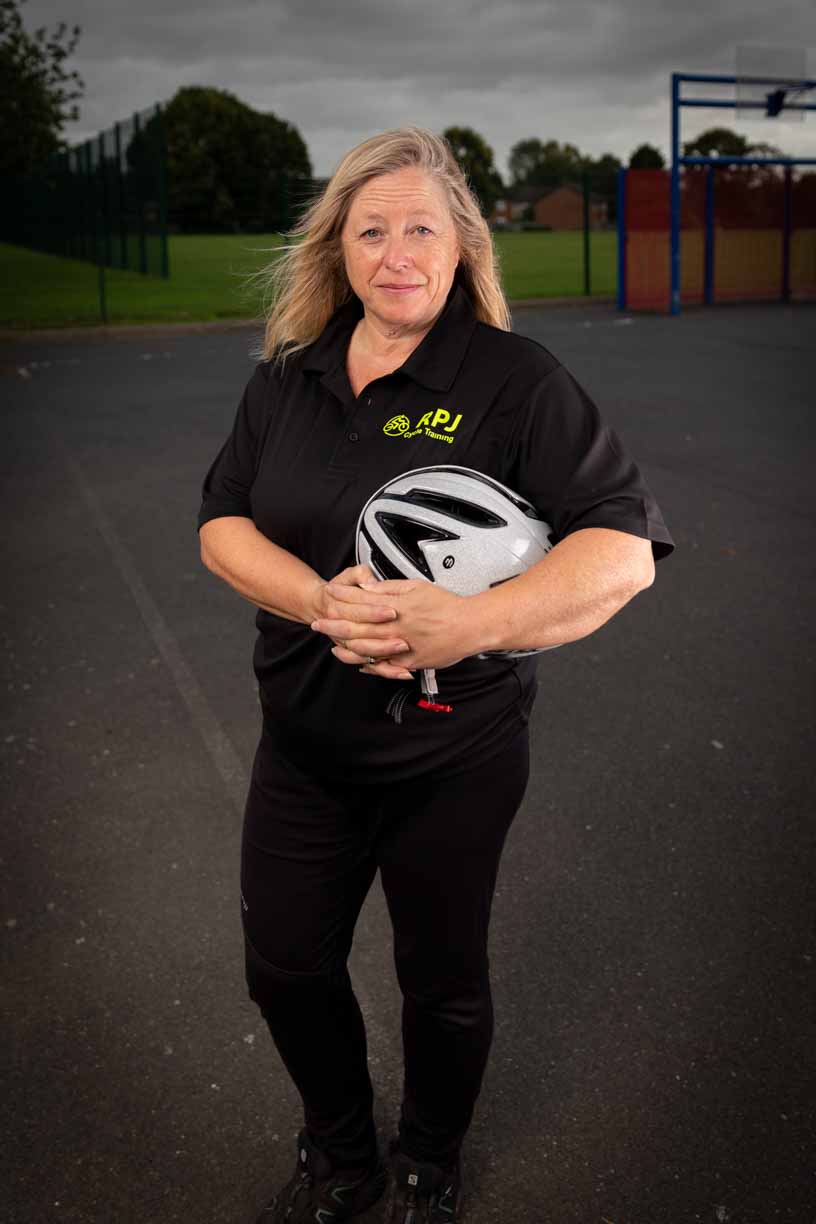 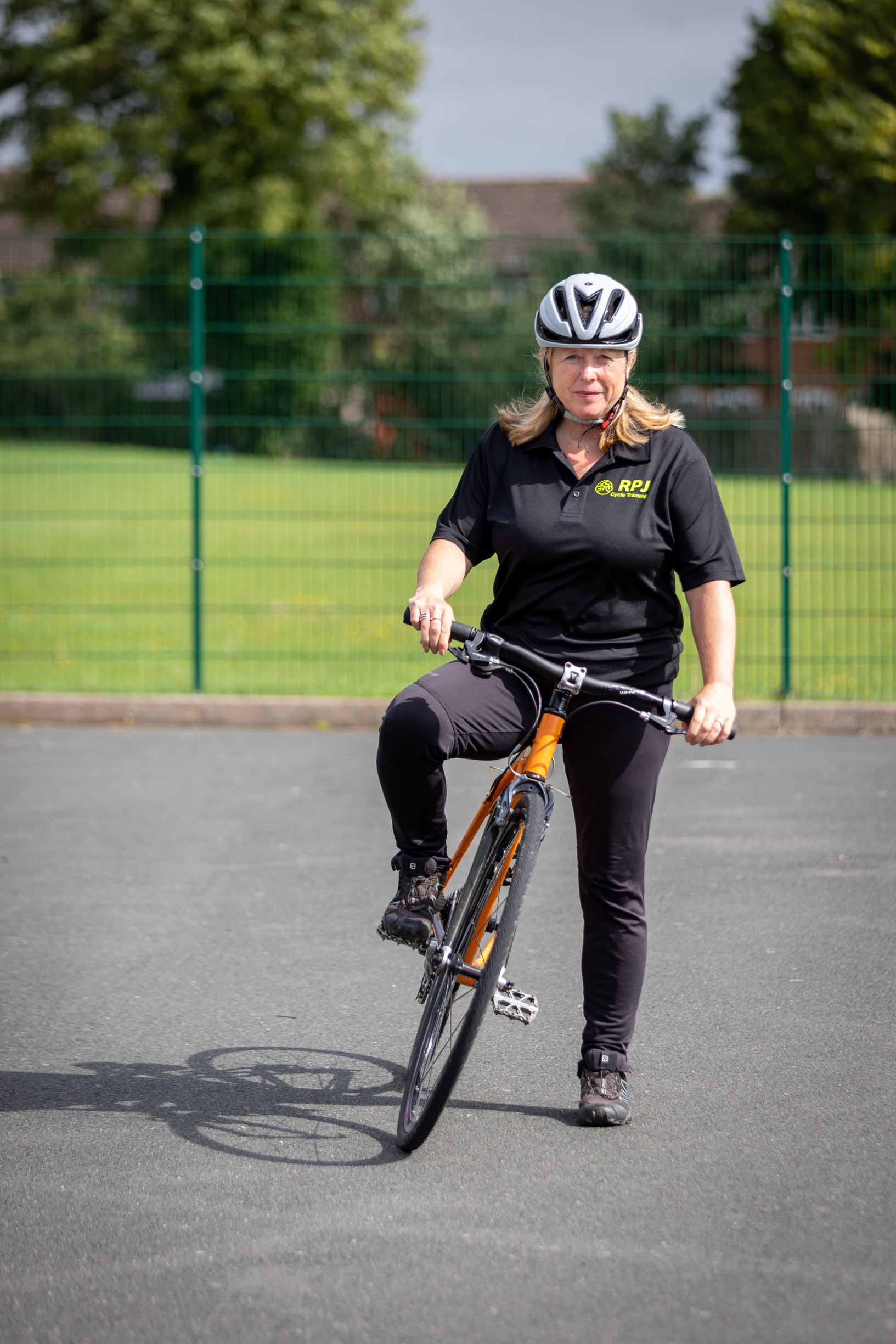 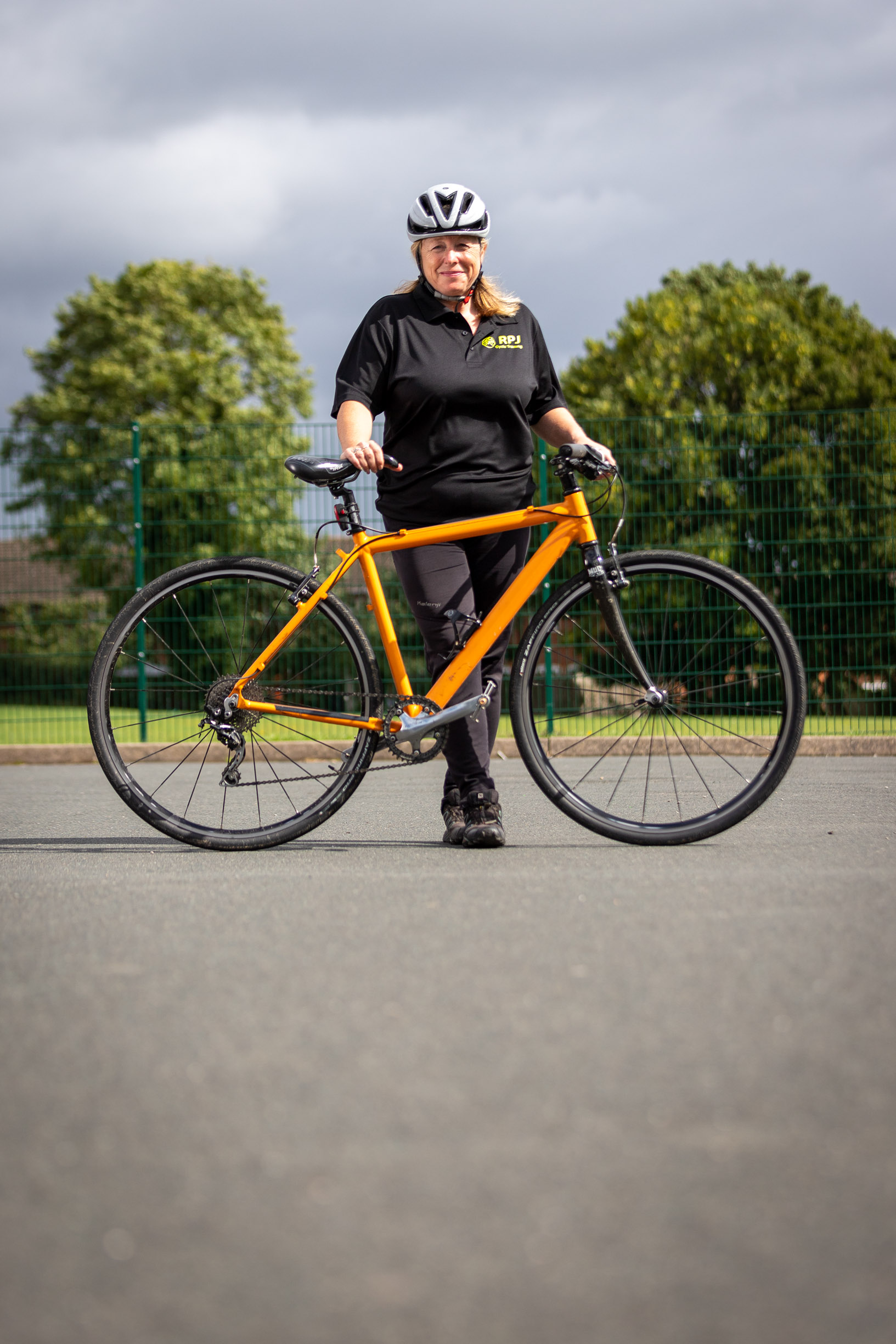 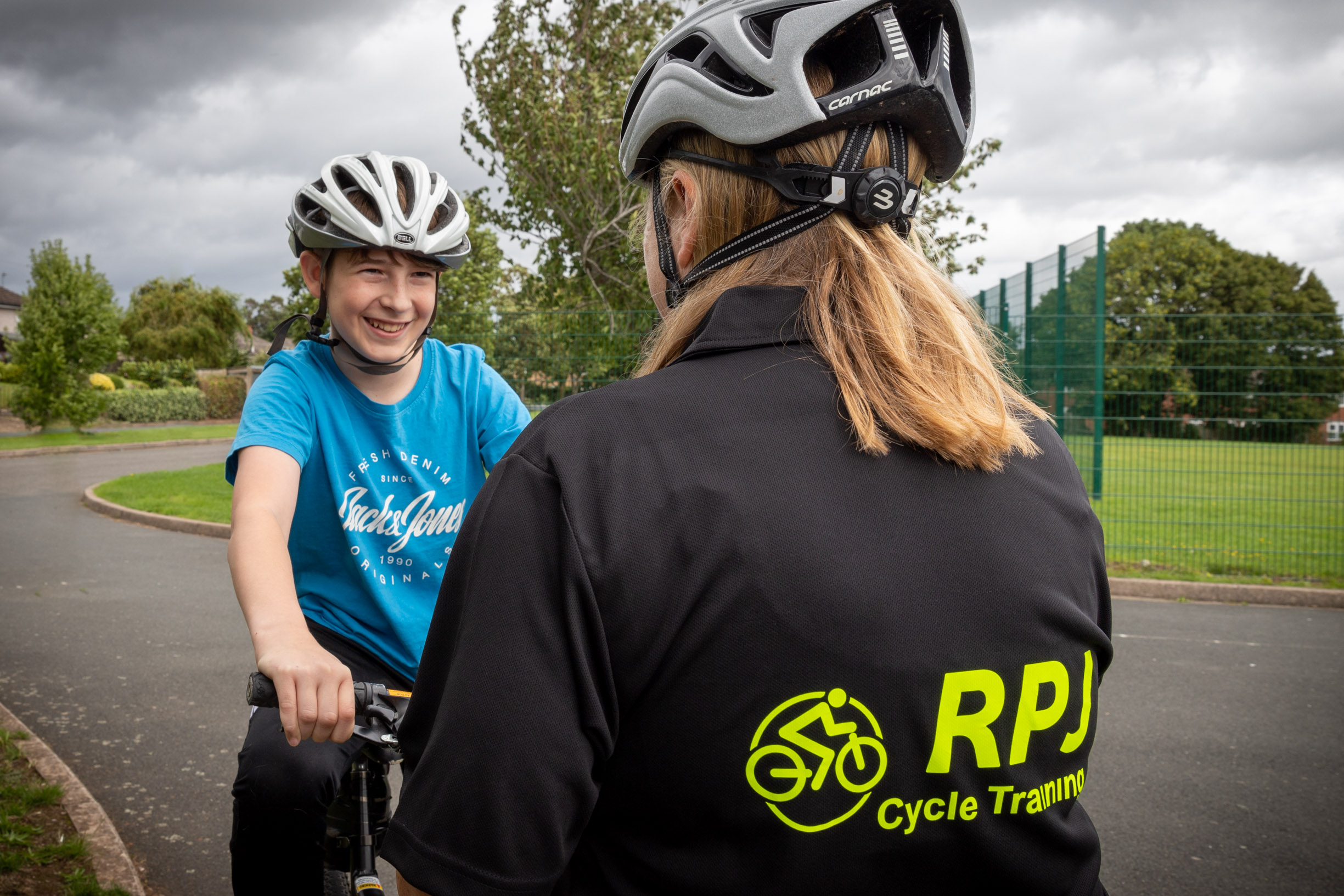 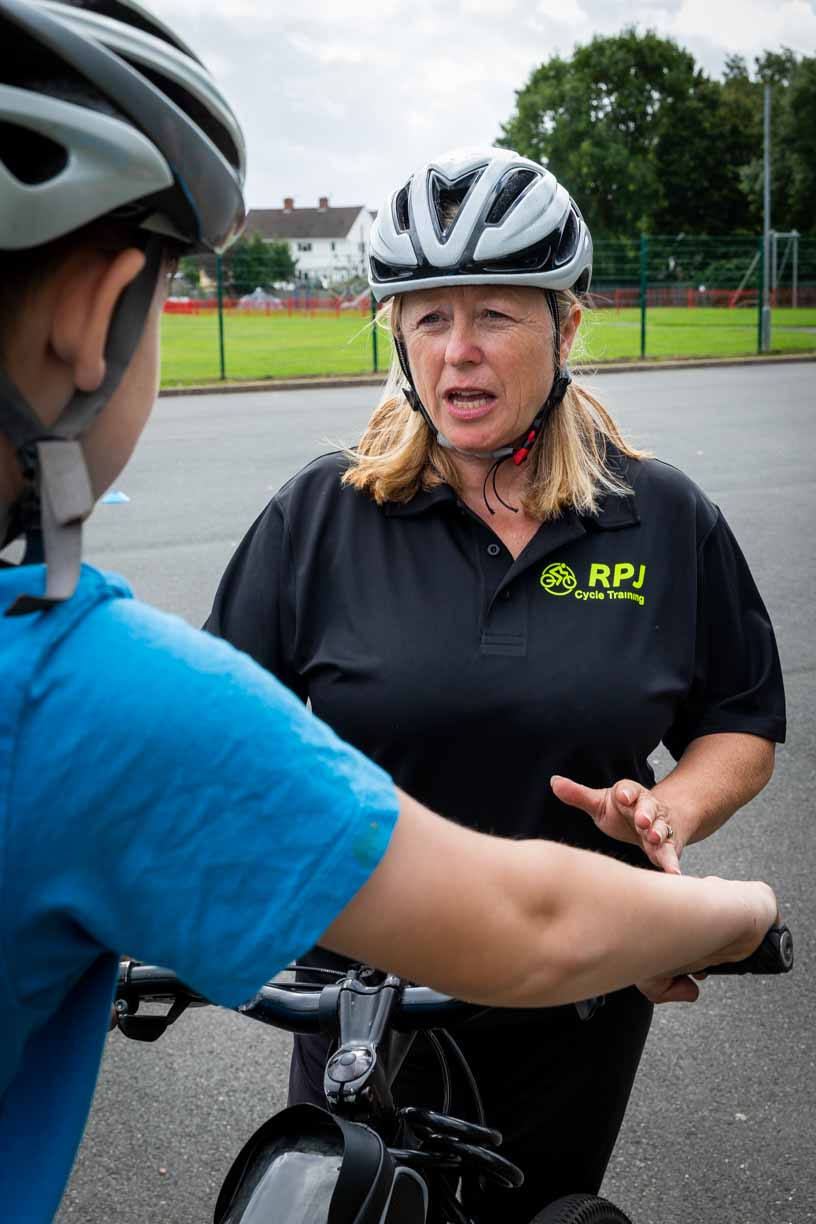 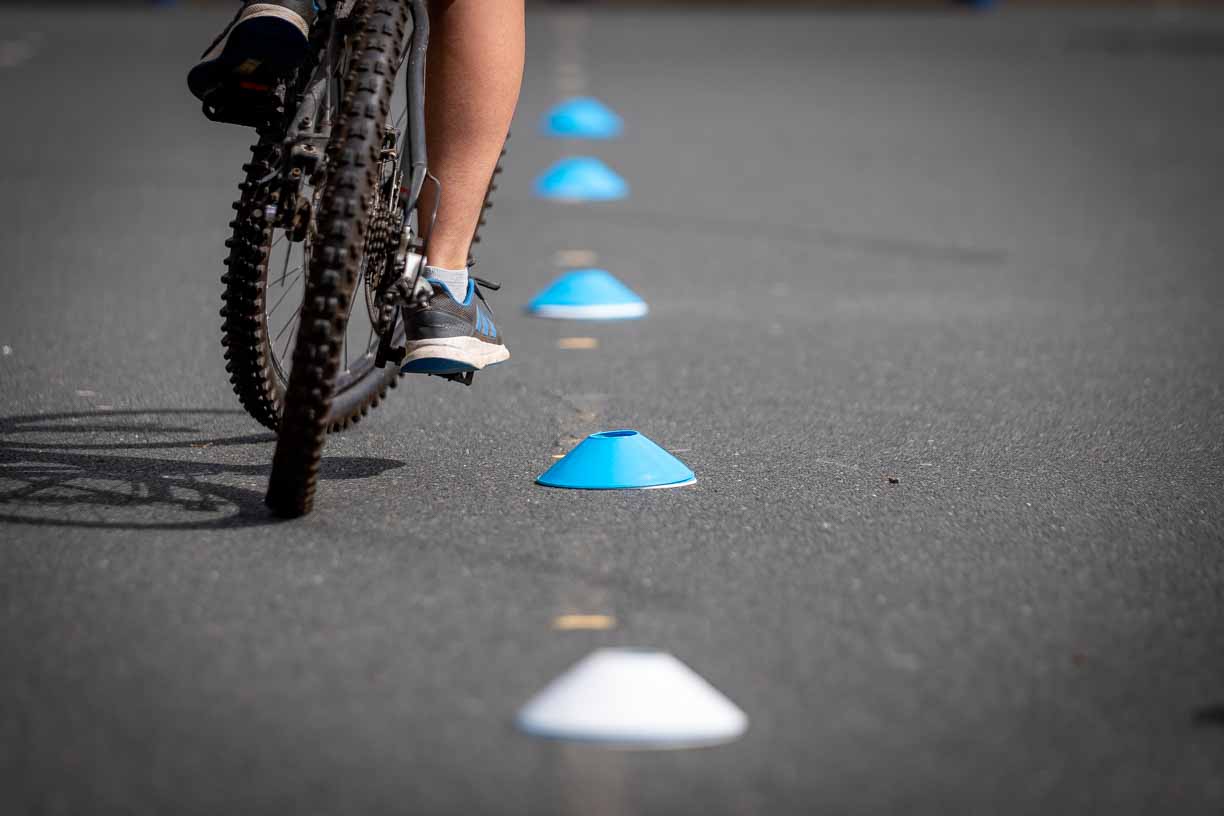 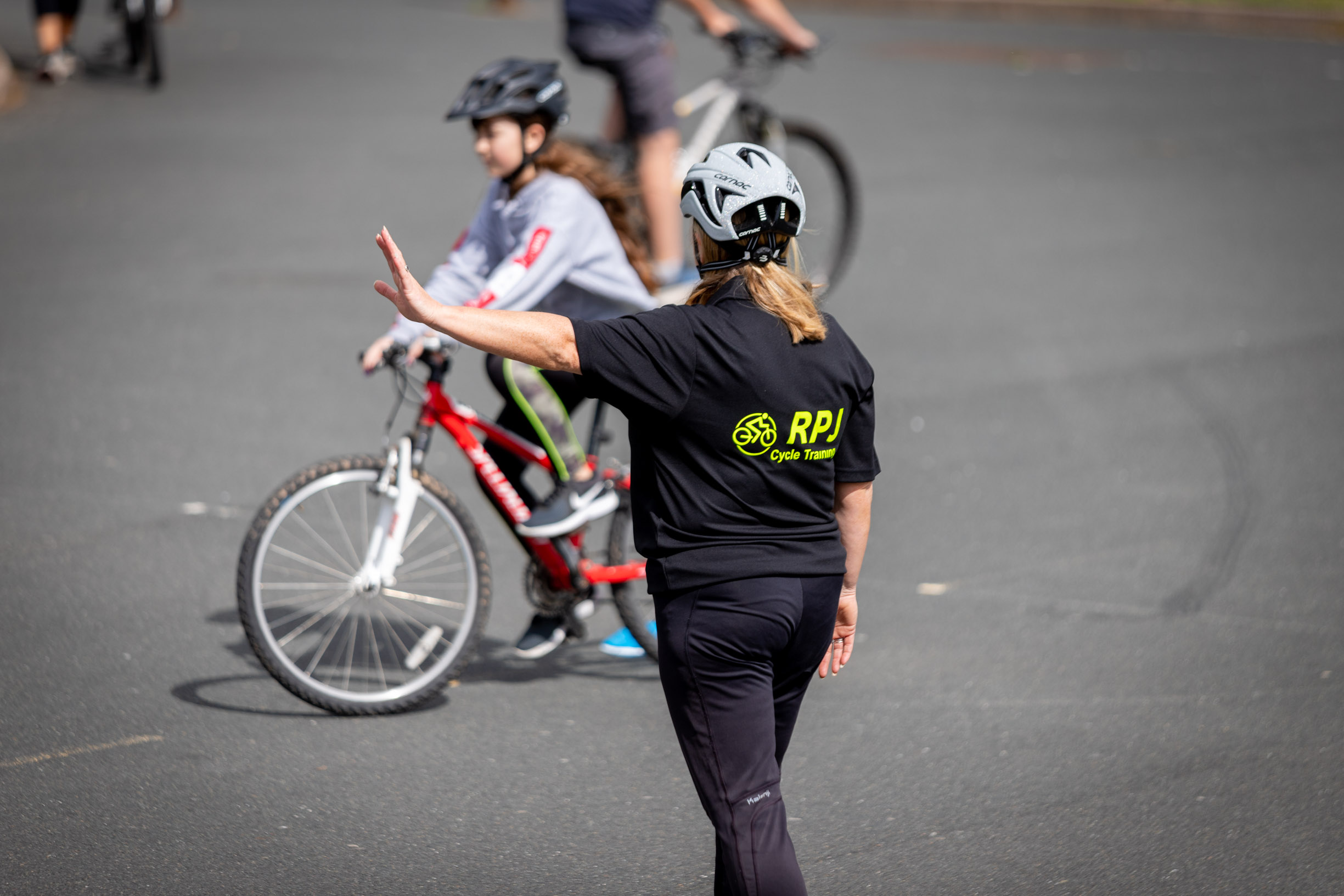 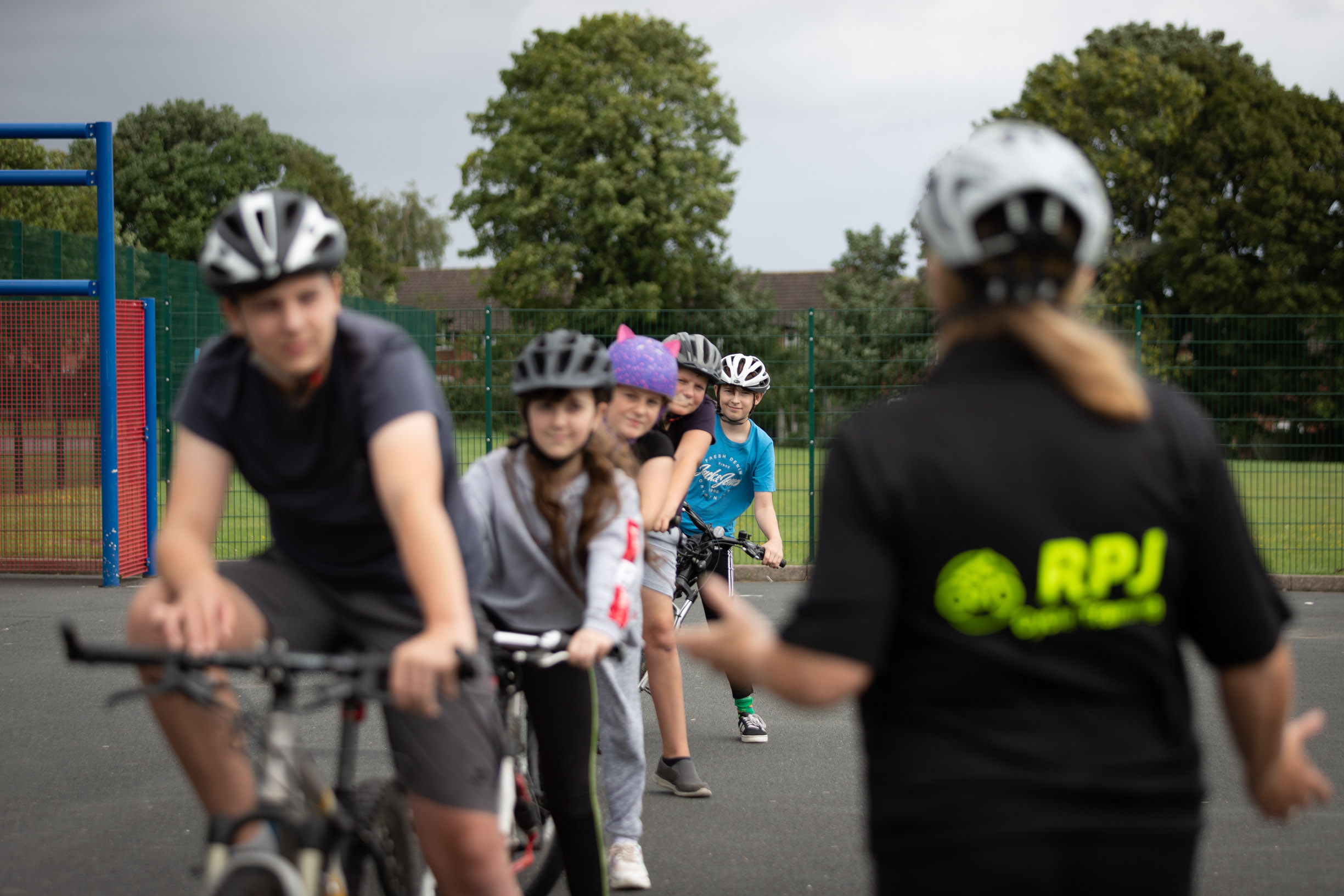 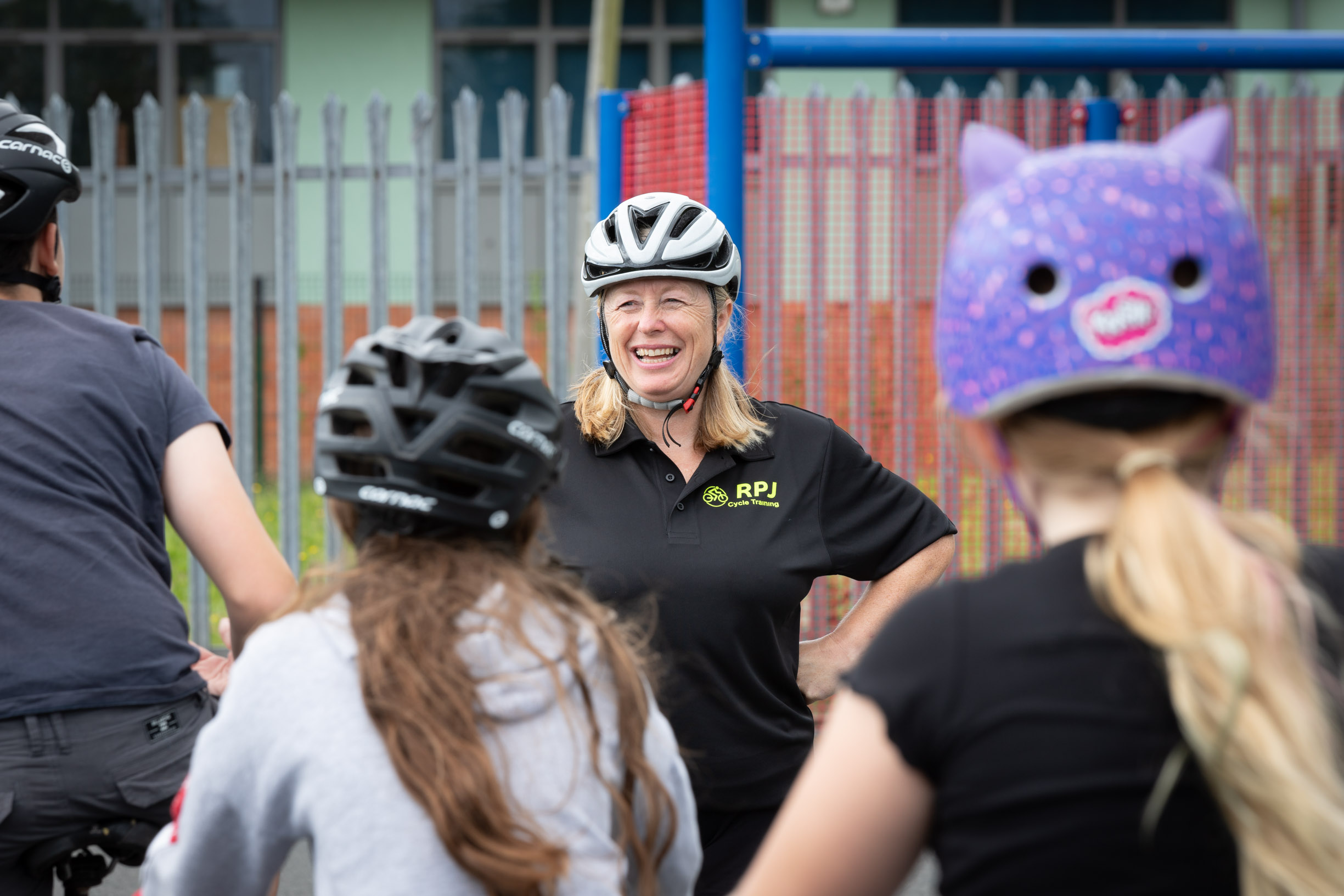 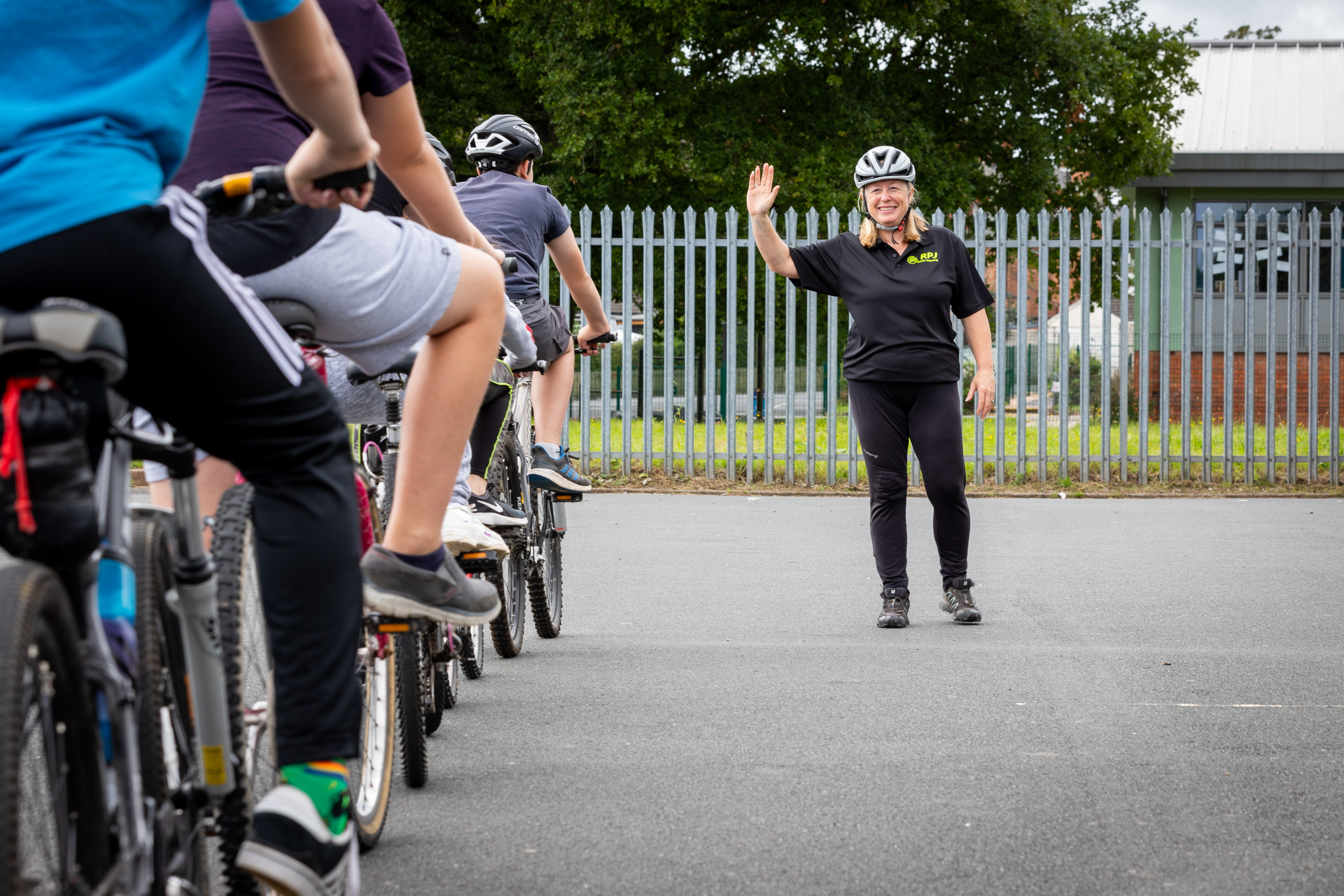 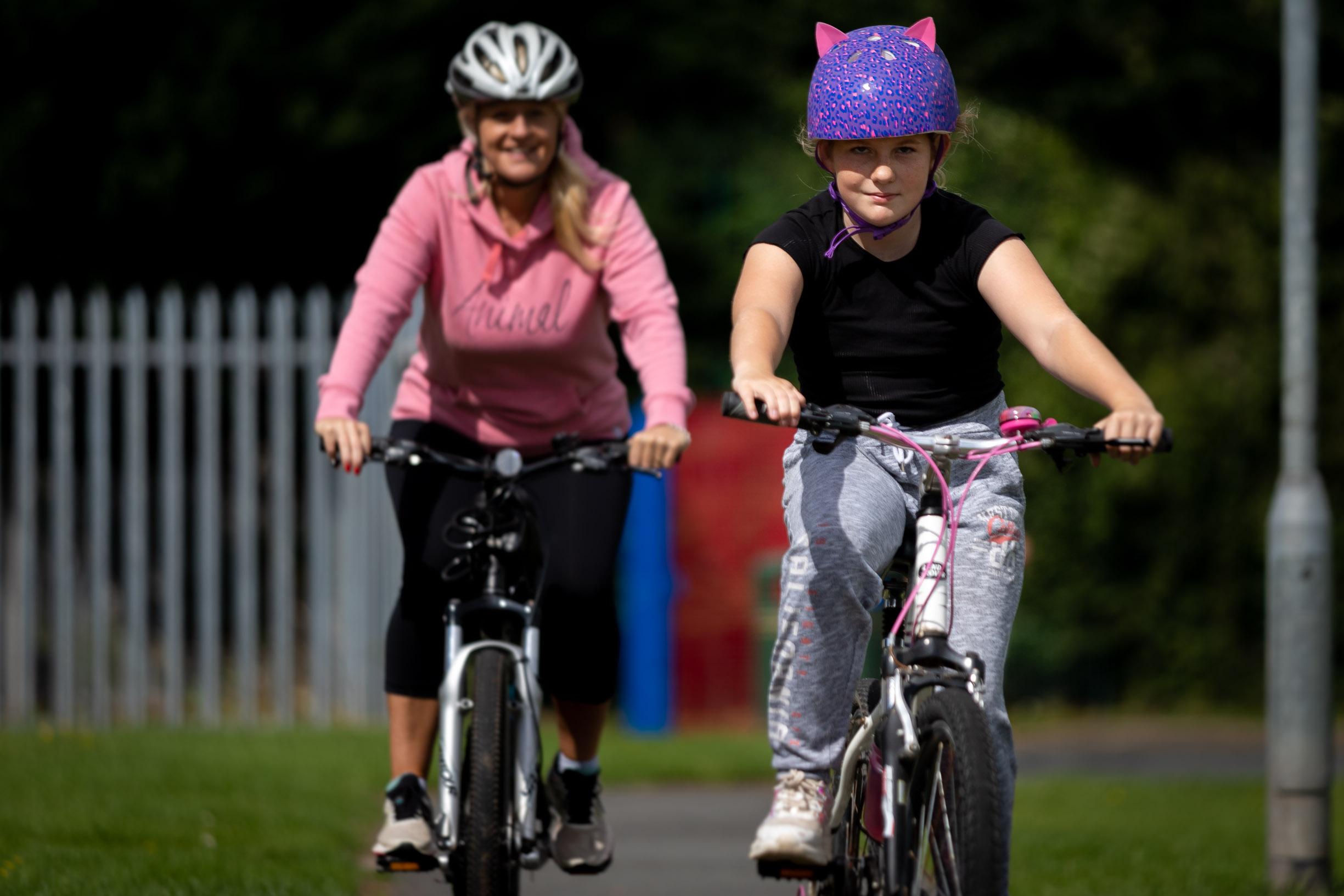 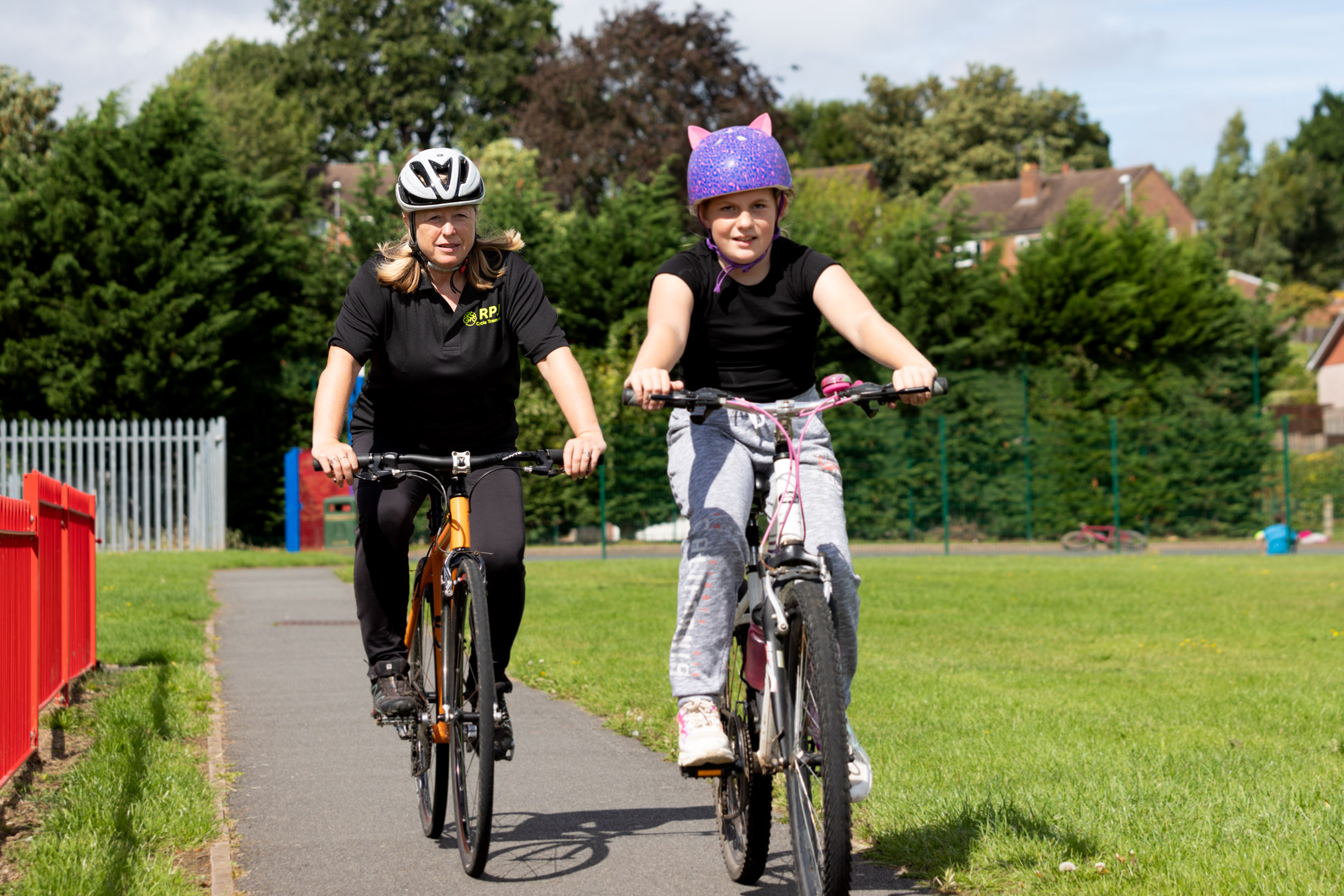 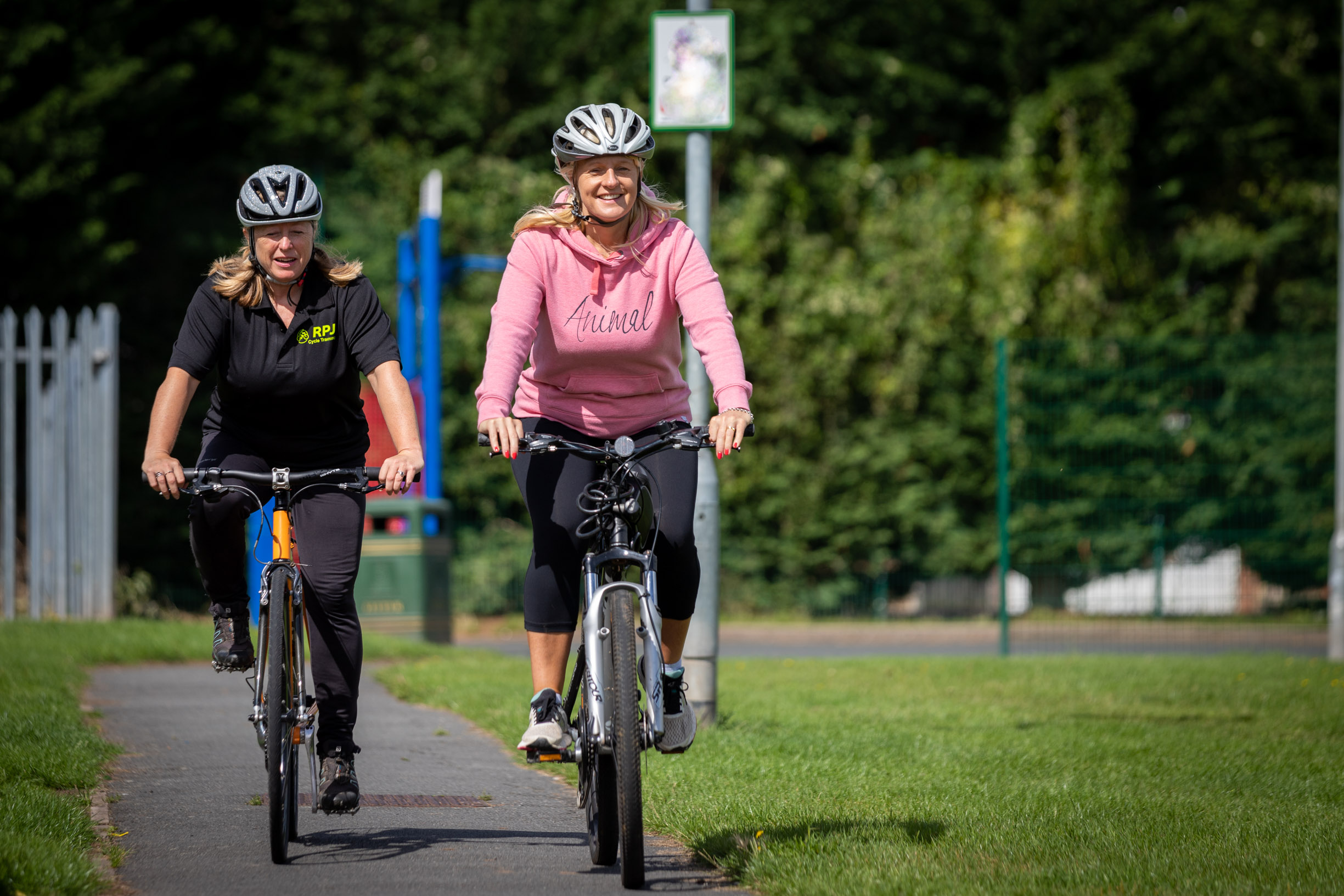 Very friendly, putting you at ease throughout. I would highly recommend him. Professional with a very quick turn around on photos. Many Thanks
Rachel Pryce-Jones
Owner - RPJ Cycle Training 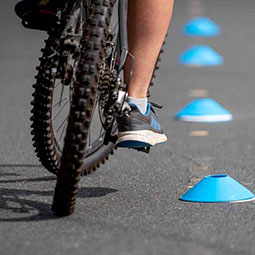 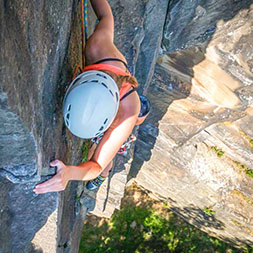 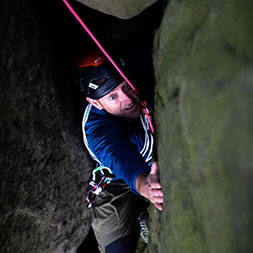 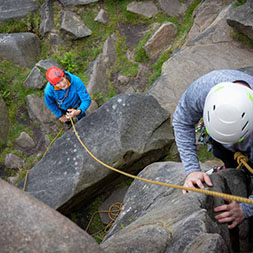 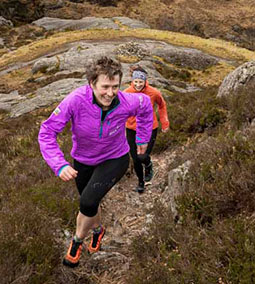 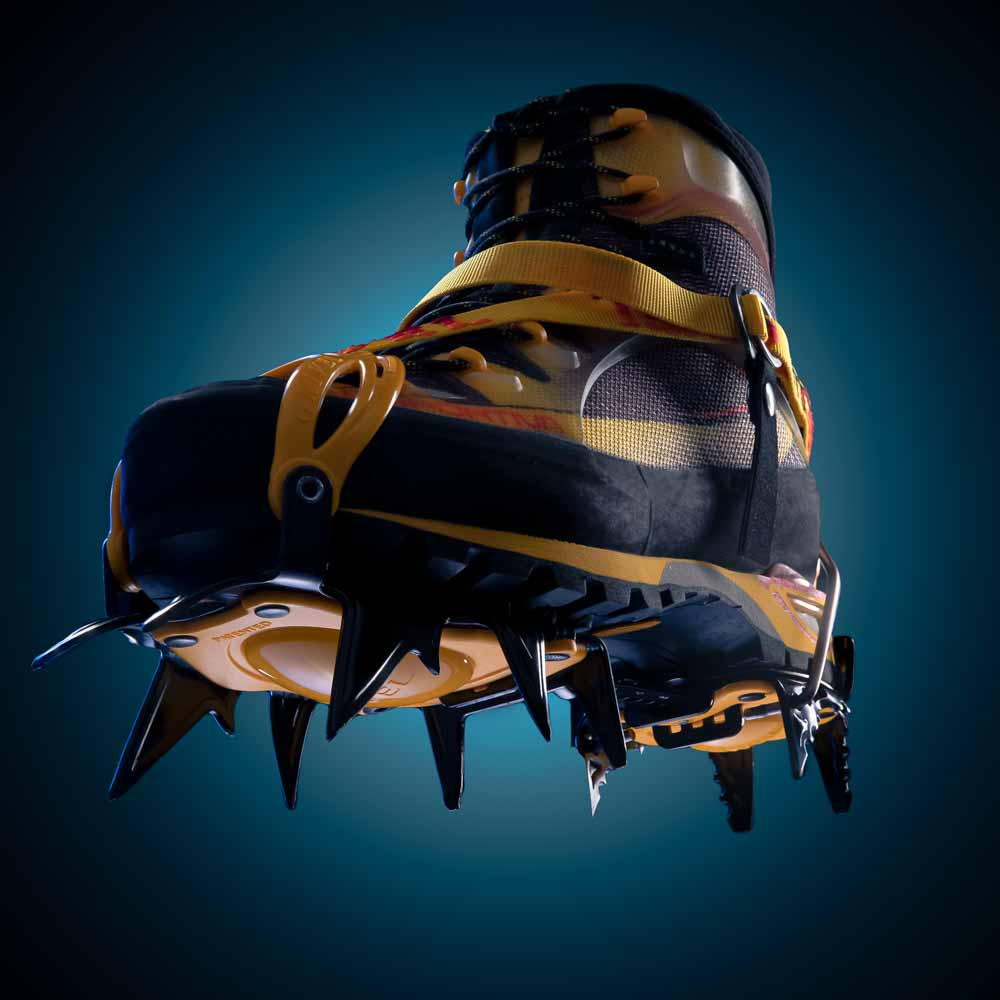 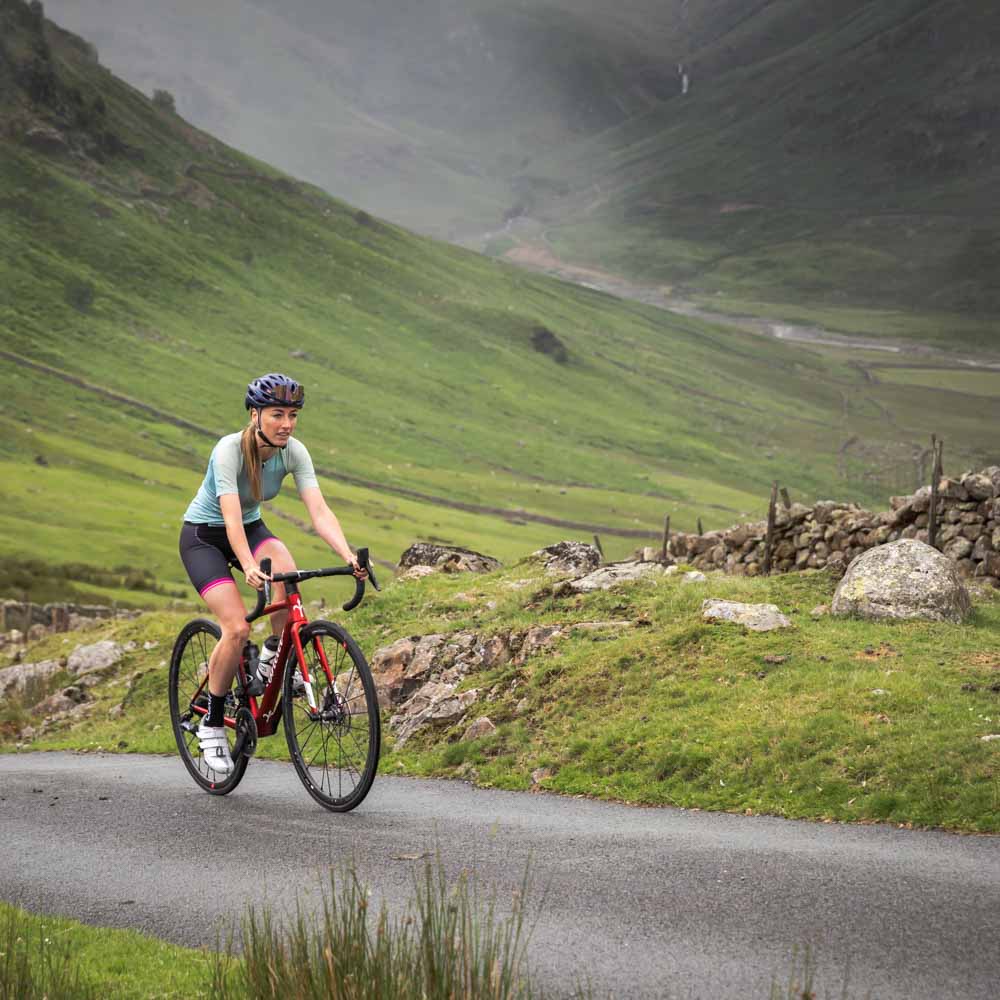